Which are the really dangerous drugs?

The Science and Technology Committee of the UK Parliament  commissioned an assessment of legal and illegal stimulants using scientific evidence to determine which are the most harmful. In addition, they took evidence from expert witnesses. This was all done as part of a study of the use of scientific evidence in the UK government’s decision making. The Committee have published their findings.

In the UK class A drugs carry higher penalties than those in classes B and C. some drugs, including alcohol and tobacco, are unclassified and do not carry any legal penalties.

The scientific study assessed the drugs according to the following criteria. 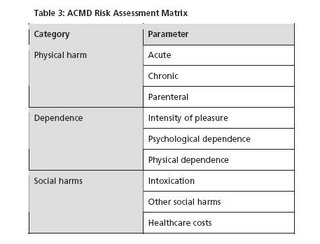 They then produced this table. 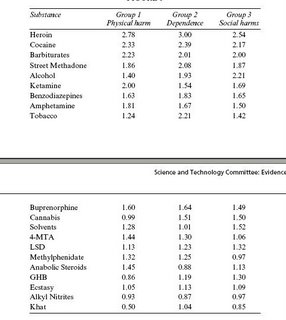 I took this data and entered it in a spreadsheet to produce this chart. The higher the score the more harmful the drugs. 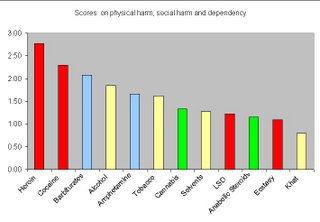 If the study has classified the drugs correctly this suggest that both alcohol and tobacco should be class B drugs, LSD should be a class C drug rather than being in class A, and ecstasy should be unclassified. The current classification of ecstasy as a class A drug may seem strange given what is known of its effects. However, drug policy in the UK is largely made by the tabloid newspapers and the classification of ecstasy is largely a result of the tabloid frenzy over the Leah Betts case. 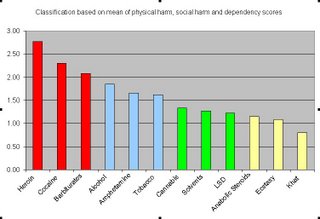 You could argue that drug policy should only concern itself with social harm since that represents the cost to society of drug use. The degree of physical harm or addiction inflicted by a drug might be considered solely a matter for the user, and no concern of society.

The next chart shows the reclassification of drugs based solely on social harm. 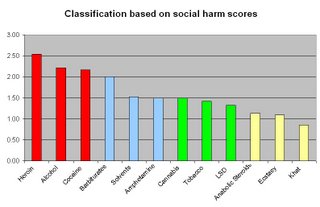 Wow. Alcohol is right up there.