The Trail of the Perched Cat Dole is a small town in the Jura region of France. We visited it on a day trip from Besancon. 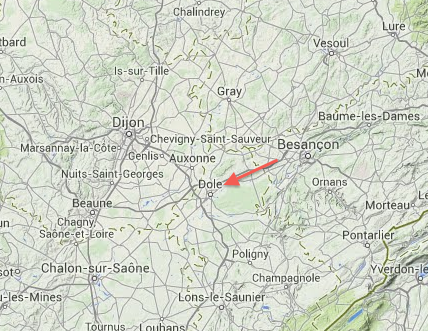 It stands on a limestone hillside alongside the River Doub.  It was the capital of the County of Burgundy before it became part of the French kingdom in 1678.

To guide tourists around the town the tourist office has created two circular paths. A short one of two kilometres that is marked with pavement plaques like the one above and a four kilometres one marked like this - 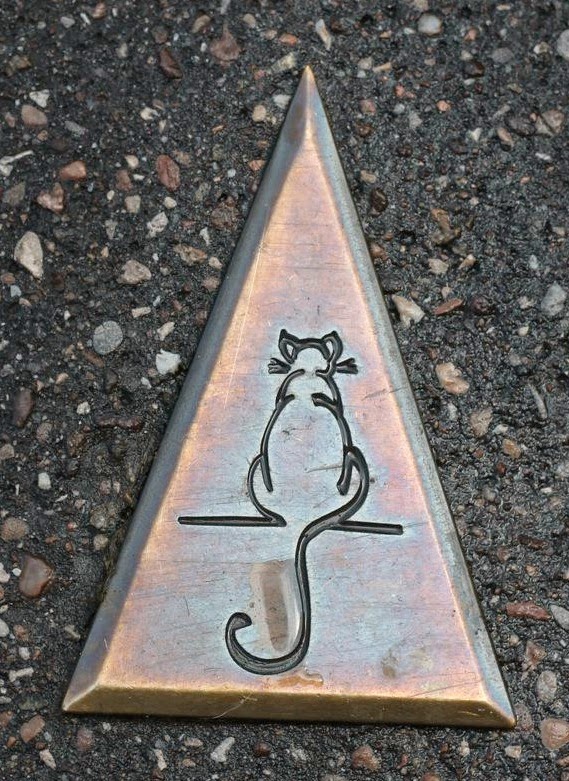 These are called the trails of the Perched Cat in  reference to  Marcel Aymé, creator of the  tales about the Perched Cat who spent his childhood  in Dole.  It is a good idea because the trails lead you by the most appealing parts of the town and searching for the next marker adds interest to the walk. 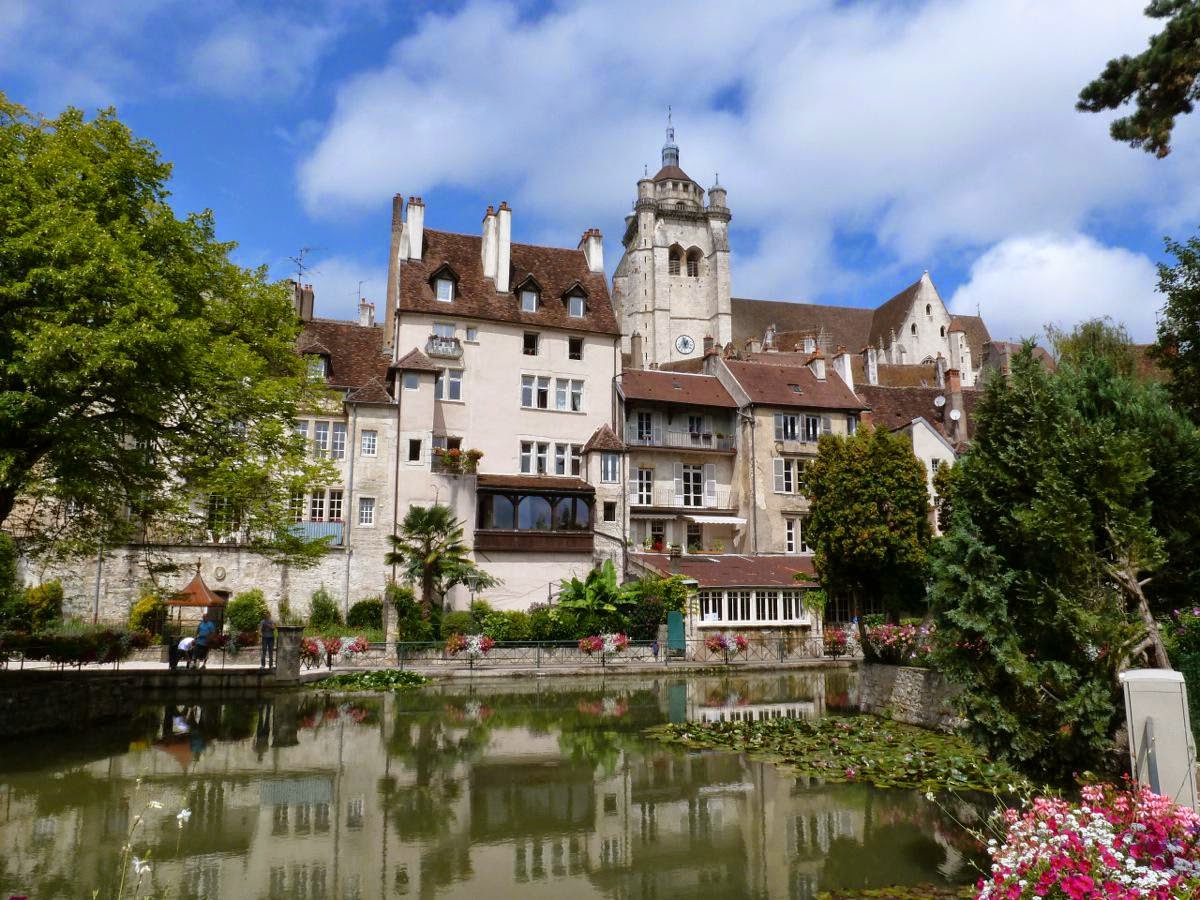 The tower in the background looks as if it might belong to a cathedral, but it is only a church, though an impressive one [Basilique Notre-Dame de Dole]. 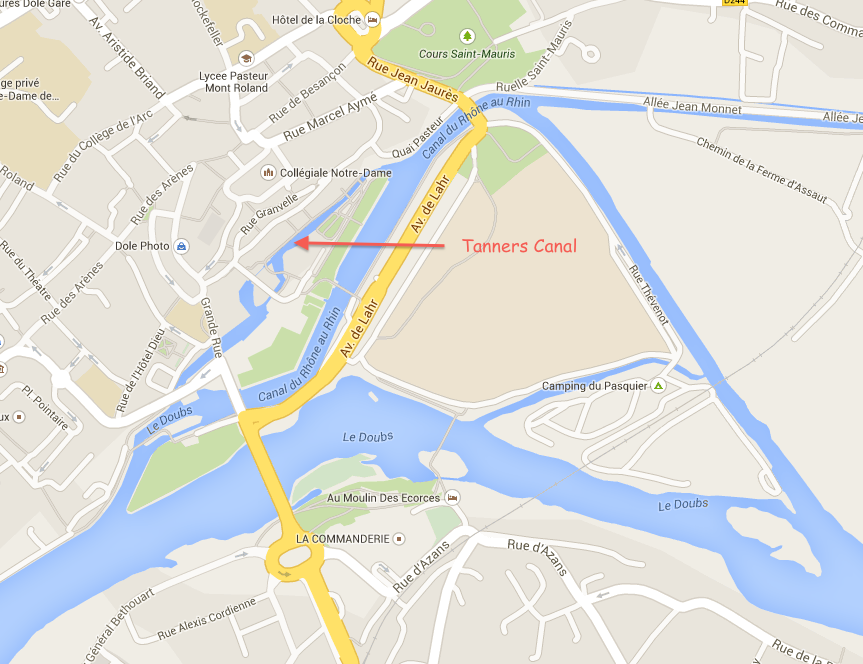 Pasteur was born in Dole. In his time  time many tanneries operated beside the canal and it must have stunk to high heaven.  Now it is very clean and one side is lined with restaurants.