Photographs of the village, castle and museum. 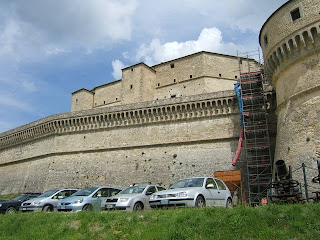 San Leo Castle is a the Marche region of Italy. Next to the castle there is a pleasant little village with a large square and a few shops and cafes. 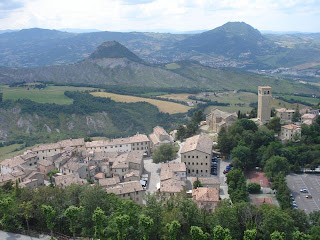 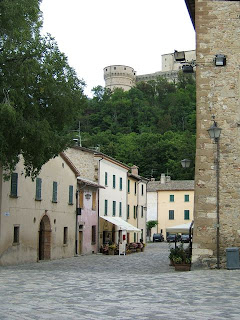 The castle is higher up the hill. For much of its life it has been used as a prison. Popes used to stick nuisances in the castle. They would have had nice views and I would imagine there were worse places to while away a few decades.

The castle itself is undistinguished and clearly felt it needed something a little extra to spice itself up. What better than a torture museum to attract the punters? The ghoulish are always with us and go on holidays like everyone else. 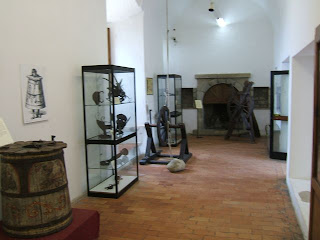 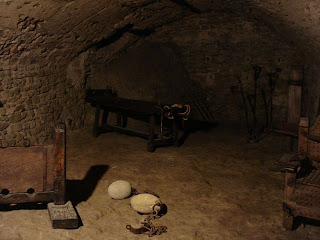 As you can see from the photographs there is a small but quite sound collection of tormenting equipment. 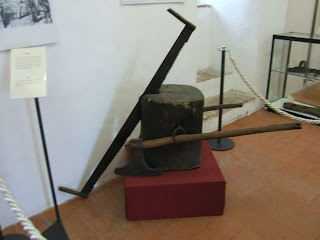 The idea of the barrel was apparently to confine somebody in their very own porta-potty. 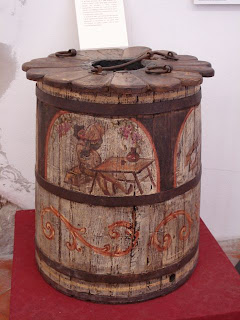 I am always amazed how much effort people used to put into devising ever more elaborate equipment to discomfort their enemies. Just look at that chair. 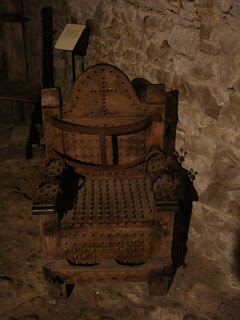 You can just hear the designer chuckling fiendishly. 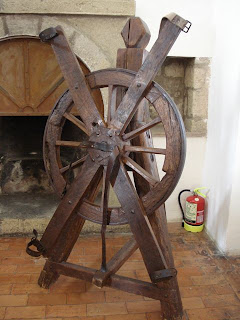 This looks like a early version of a thrill ride. 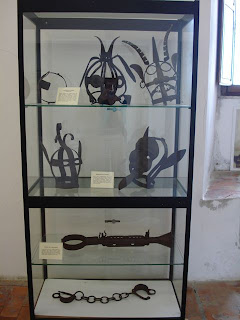 The people who thought up all this equipment were just trying too hard. The Yanks have demonstrated that if you want to torture someone all you need is a plank and a jug of water.

Correction: A plank, a bucket of water and a rag. This is one of the most embarrassing occurrences in our American history. Yanks you call us? Don't you like baseball? Good comment, however. Kimon Swarts Minneapolis MN