The main airport for Provence is Marseille Provence, about 28km west of Marseilles. There is a good bus service from the airport to Saint-Charles, the main railway station in Marseilles. You can buy train tickets either by waiting in a long queue, or from multi language ticketing machines. These work well but you need a credit card.

I started by catching a train to Montpellier. This used to be a dump but a new socialist council pedestrianised most of the central area, including the old town, built the Antigone District and put in new tram systems. It is now an attractive place to visit. Getting rid of traffic makes walking around so much more enjoyable. I also used it as a base to visit nearby towns. I stayed at the New Hotel du Midi, which is right in the centre and close to the railway station. It is rather expensive, but has very good air conditioning. You really need air conditioning if you are visiting Provence in the summer. It gets hot.

The Popes Palace in Avignon 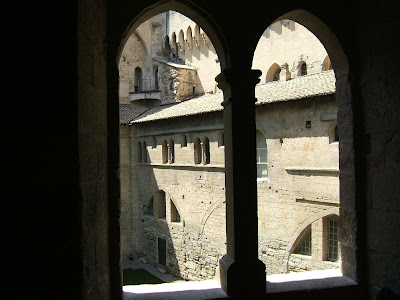 In the 14th century the Papacy moved from Rome to Avignon, and seven Popes lived in the huge Palace of the Popes. This is well worth visiting. I found Avignon an interesting place, but the historic centre has rather been spoiled by some hideous new concrete buildings. You would think that a place that lives off tourism would have the sense to preserve its heritage. There was a festival on whilst I was there, hence the guys in the funny outfits, and the town was packed. 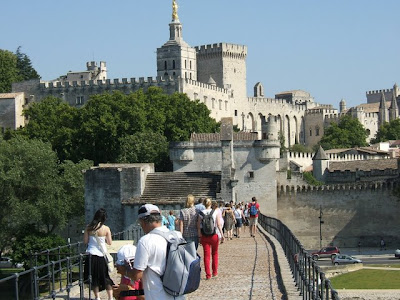 The people in the foreground of this picture are standing on the famous Pont d'Avignon. The Popes Palace is in the background. 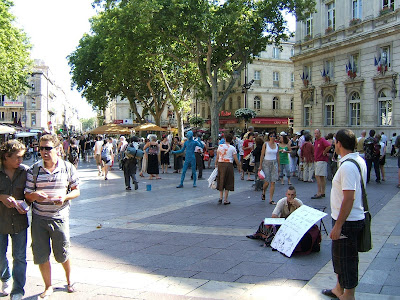 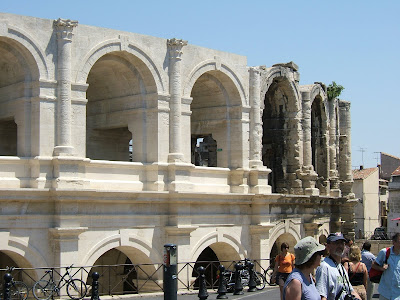 You may have seen the Roman arena in Arles in the film Ronin. I didn’t bother to go inside. As you can see it has been subject to extensive restoration. There are several other Roman sites in Arles.

I think that Arles is worth a half day visit and Avignon a full day visit. 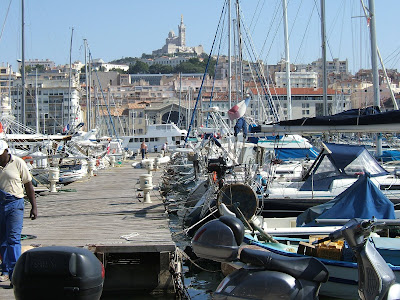 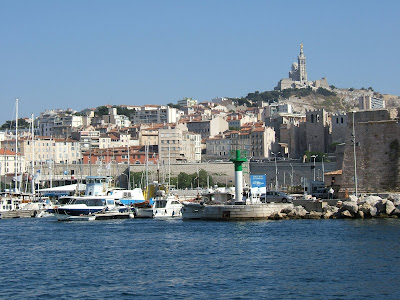 I had hoped to visit Aix en Provence which has a very good write up in the guide books but problems with the French rail system made me abandon that plan. Instead, I spent the last two days in Marseilles, staying at the New Hotel Select which is owned by the same chain as the hotel in Montpelier. This hotel is very close to the centre and the railway station but much cheaper than the Montpelier hotel. The air conditioning system was not as good but adequate. 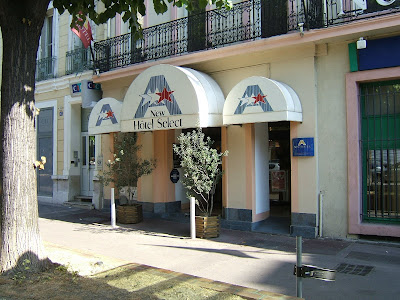 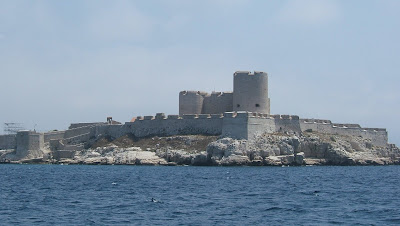 Most of the tourist life in Marseilles is around the Old Port. The restaurants are around the harbour, and you can also get a boat out to visit the Château d'If. This is where Alexandre Dumas imprisoned his character the Count of Monte Cristo.

Todd HellsKitchen said...
This comment has been removed by a blog administrator.
10:29 pm