Forgotten History - The Burning of Cork by British Forces

In 1920, during the Irish War of Independence,  the centre of the City of Cork was burnt by the  Black and Tans and the Auxiliaries, two British units set up to fight the Irish Republican Army. 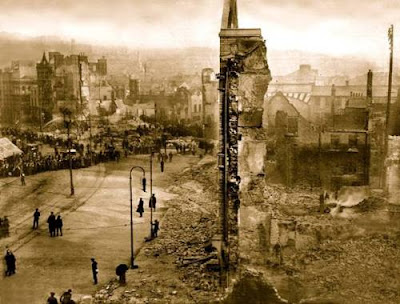 "More than 40 business premises, 300 residential properties, the City Hall and Carnegie Library were destroyed by the fire. Over £3 million worth of damage (equivalent to €172 million today) was wrought, 2,000 were left jobless and many more became homeless. Many people were assaulted. Two unarmed IRA volunteers were shot dead in the north of the city."

The Black and Tans were set up by Winston Churchill. They and the Auxiliaries
carried out numerous atrocities in Ireland. 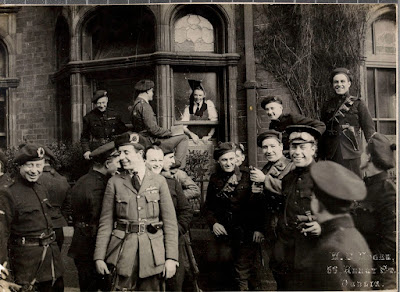 I doubt if one British person in 100,000 is aware of this astonishing incident. It has been kept very quiet. I have  read a lot of history but never read about it or seen it portrayed in a film [and what a film it would make] or television.

A proud chapter in British history.