Ukraine - is it all about gas?

What happened in the Ukraine?  Well, one group of pro Russian oligarchs was replaced by another group of [possibly pro Western] oligarchs. Interesting, but nothing to do with us. The Ukraine is a poor country with nothing much that we want. The sensible thing to do was mind our own business.

Instead, we appear willing to go to the brink of war to get involved. Already we have applied sanctions to Russia and they have retaliated. The retaliation looks as if it will cost some EU countries a lot of money. It wont cost the US or UK  because neither country buys Russian gas or sells much to Russia.

There are a lot of noisy warmongers at work in politics, the military and the media and I sense an organised campaign. But why, and who is behind the campaign?

If you want to know who is behind something fishy try applying the lawyers test of 'cui bono' [who stands, or stood, to gain from something, and so might have been responsible for it].

I came up with two possibilities.

1.  Corruption - the Ukrainian oligarchs are behind the campaign and have bribed a number of political, military and media figures to spread their propaganda.  They know they cannot oppose Russia so they are bribing people in the West to get their countries involved and do their fighting for them. The oligarchs are people with billions to spend. Tossing a few millions to some rent a ranters is nothing to them.

2.  Gas - because of fracking the US has lots of gas and it is looking for people to buy it. Germany imports $72 billion worth of gas from Russia each year. 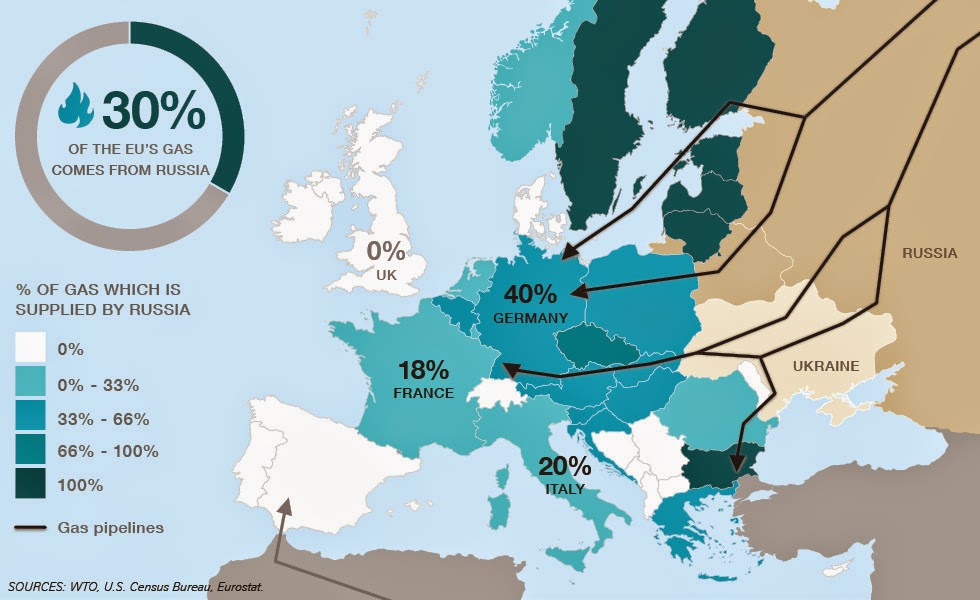 Do you think there might be people in the US who would like part of that business? If Germany could be persuaded to buy US gas instead of Russian gas some people would get very rich. There would also be a political advantage. Germany and the EU have been showing signs of having minds of their own. The US cannot tolerate that and making Germany, France and Italy dependent on the US for part of their energy would be a good way of bringing them to heel.

Of course, if the hidden hands get it wrong then this will be the outcome - 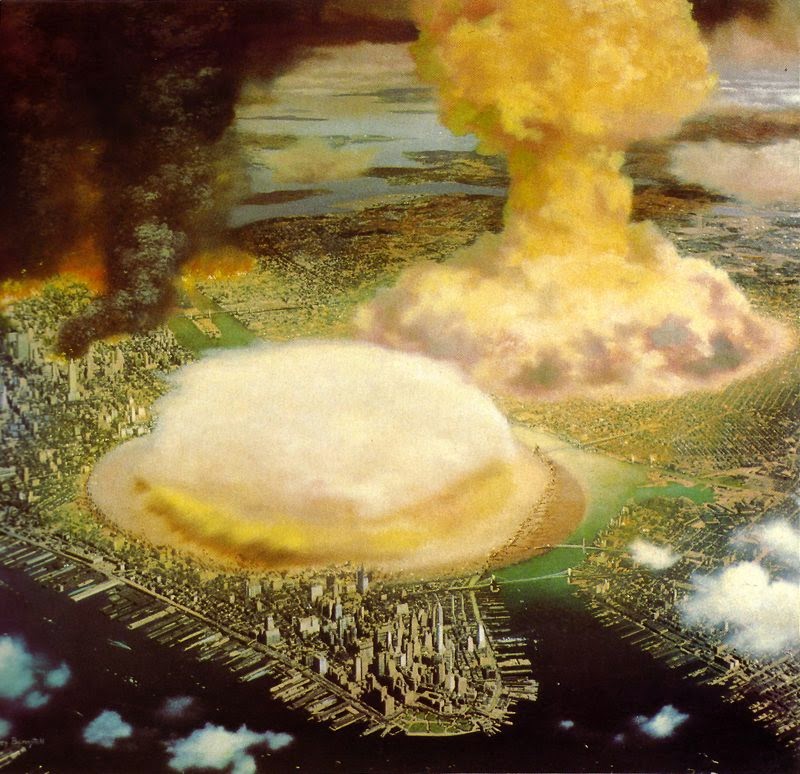 Don't worry. The people behind the campaign will not be anywhere near ground zero. You and I might be, but they will make sure they are in a different hemisphere. Read this post for a report on the Iron Mountain hideaway they had set up during the last cold war.

"From this New Yorker article on the Iron Mountain storage facility.

'In the sixties and early seventies, Mesick said, people sometimes slept in the mine: it contained fallout shelters, built and maintained by Iron Mountain for executives from Exxon, Shell, and other big companies.

One especially elaborate shelter, he said, had sixty-five hotel rooms, each with a private bath, and a large cafeteria with a commercial kitchen; in the mid-century-modern bedrooms, curtains obscured the concrete. According to Mesick, in the event of nuclear war, some executives, along with their families, would have been evacuated by helicopter from New York City. “They’d hired local folks to tend to them, to cook for them, to clean for them,” Mesick told me. “Their idea was to wait out the storm while the debris and radioactivity were going on overhead—then they were going to come out and sell oil to everyone who was left.”


Fortunately, in contrast to the rabid warmongering from some people in the NATO countries Putin appears to be acting sensibly and moderately. I think they are trying to provoke him into threatening gas supplies, but I think he knows that and will not bite.