He was a renowned doctor [he turned down George III's invitation to be a physician to the King] and a great fat man.  He was so heavy that when visiting patients he had his equally heavy manservant walk ahead of him to check that the floorboards in a patients house would not collapse.

He was also an inventor and  one of the founders of the Lunar Society. His house in Lichfield is open as a museum and is worth a visit. It has models of his many ingenious inventions.

His house is in Lichfield Cathedral Close. (See my post on Charles Darwin's house.  Link ) 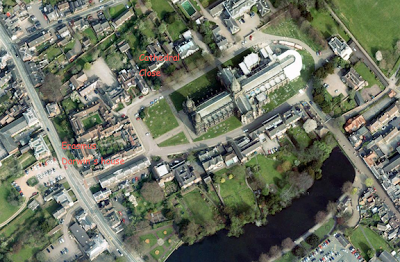 Outside Darwin's house is a herb garden surrounded by some cathedral buildings. 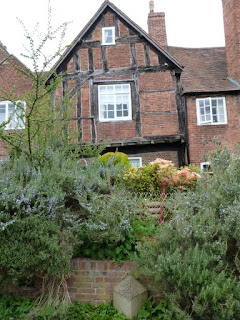 The cathedral and close are well worth seeing. So is Lichfield. The centre of the city is charming with over 230 listed buildings. It is obviously a prosperous area and the pedestrian centre has many interesting shops. Lichfield was the birthplace of Samuel Johnson, the writer of the first authoritative Dictionary of the English Language. His house is now a museum but unfortunately we did not have time to visit. 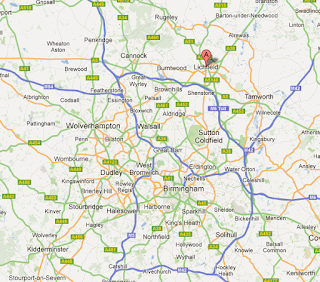