If the Cold War had ever turned warmer and one of these had delivered one of these to a city near you, you might have wished that your name was on the guest list at this Scottish bungalow. 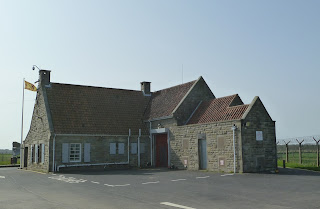 The bungalow is in open country south of St Andrews, on the south east coast of Scotland. 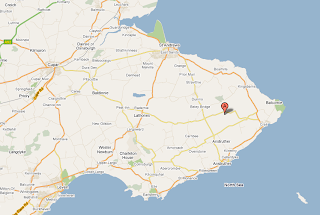 The building is designed to look like other local bungalows but it is, it is in fact, a reinforced concrete guardhouse which provides access to a large two level underground bunker. In the event of an atomic war Scotland would have been administered from this bunker. 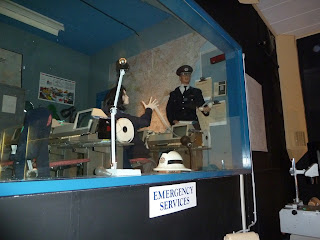 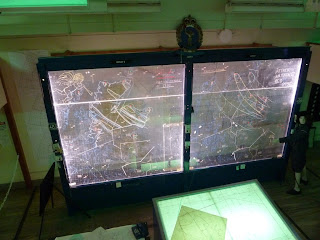 The Secretary of State for Scotland had a room there, so did the RAF  and the emergency services. There was even a broadcasting studio. Presumably so the people in the bunker could broadcast 'bet you wish you were here?' messages to those left on the surface. 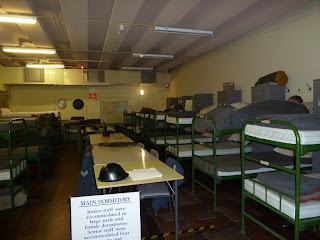 The bunker was one of many built at vast expense to create the ROTOR radar network.  Changes in technology soon rendered it unsuitable for its original purpose.   The H bomb replaced the small and friendly A bomb and deeper bunkers were needed.

It  became an emergency seat of government until 1993. It is now privately owned and you can visit.

The bunker is well maintained and worth a visit. If there is a problem it lies with the exhibits. They are rather amateurishly presented. It is as if the bunker is operated by a group of enthusiasts with not much idea of how to present an authentic and interesting exhibition.

The Cold War was a very important period in human history. If things had gone slightly different during the Cuban Missile Crisis, or Able Archer, or any of half a dozen other times, it could have been the end for most of the human race [it is now thought very likely that a major nuclear exchange between the Warsaw Pact and NATO would have triggered a nuclear winter affecting the entire planet]. The British government abandoned civil defence when their calculations suggested that only 2% of the British population would survive a major nuclear exchange.

The bunker would be a good place to house a really good Cold War museum. Instead there is a mishmash or largely irrelevant material. For example, when I was there there was a room devoted to an exhibition of Nazi memorabilia.  At the moment the bunker is a tourist attraction. I think it needs to become a museum of the Cold War.