Quedlinberg is a beautiful old town of some 20,000 people, about 200 kilometres south west of Berlin. It is famous for its many fine buildings. In the centre of the town there are many Fachwerk [timber framed] buildings from the 14th century onwards On the outskirts there are some superb examples of Jugendstil [Art Nouveau] buildings from the 19th and 20th centuries. Wikipedia describes Quedlinberg as one of the best-preserved medieval and renaissance towns in Europe. The place is a little gem.

Fortunately, the town escaped major damage in WW2 and is now protected by being on the UNESCO list of World Heritage sites.

I first visited Quedlinberg just after German reunification [1990]. The town had been in East Germany. The place was a little drab but the communists had resisted the urge to rip down the old buildings and building shopping malls. It is worth remembering that the many fine buildings in the centres of places like Prague, Krakow, Budapest and Leningrad only survived because of the communists. If they had been in the capitalist west somebody would have made a fast buck by knocking the buildings down and developing the sites with some concrete carbuncles. 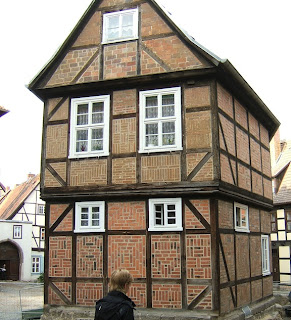 Since reunification a lot of money has been spent on Quedlinberg, and is still being spent. Several streets were being re-cobbled whilst we were there. Most of the buildings looked to be in tip top condition. 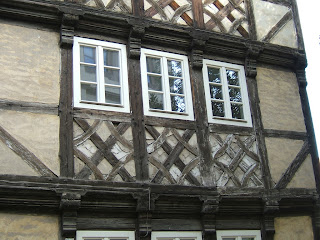 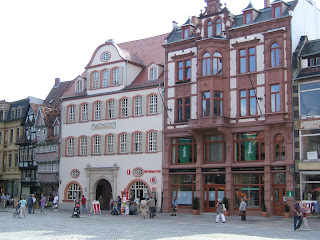 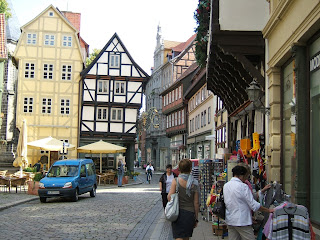 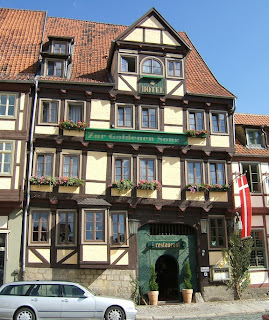 At the end of WW2 a unit of the American Army moved into the area around Quedlinberg and some art objects belonging to Quedlinberg Abbey were stolen. The details of the theft only emerged many years later. This Wikipedia article tells the story. 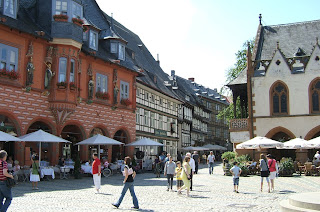 Goslar is about 65km from Quedlinburg and also has many fine buildings. It is an old silver mining town and both Goslar and the Mines of Rammelsberg are one UNESCO's World Heritage list. It is about twice the size of Quedlinburg and is a bit busier. It also has a few recent buildings which do not really fit. Even so it is well worth a visit. 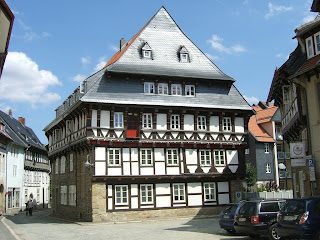 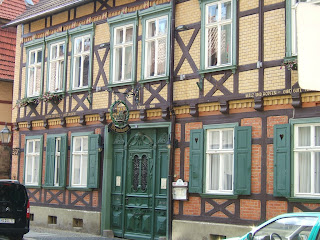