Last year I posted about a visit to the star fort at Neuf-Brisach.  Star Forts were developed when cannons made medieval castle walls too vulnerable . The walls of a star fort are low and made of earth and brick, which is much less vulnerable to cannon fire. Deep ditches surround star forts and enfilading fire used to turn the ditches into killing zones for attackers.

On a recent trip to Germany I had the opportunity to make a slight detour to visit the star fort at Heusden in Holland. It was built to control traffic on the River Meuse. The  photograph below shows the fort, the town inside the fort and the river. It is not only one of the most attractive of the star forts, it must also have been one of the most difficult to assault. 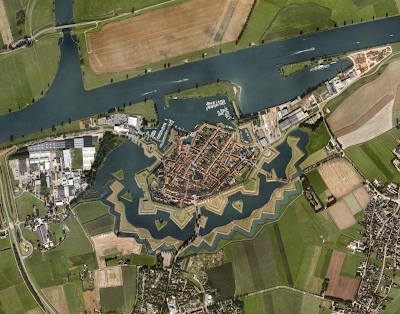 The fort and town were destroyed in 1680 when lightening struck an ammunition store and detonated 60,000 pounds of gunpowder.

In 1987 the fort was restored using an old map of the town and fortifications. The restoration won a European Urbes Nostrae restoration prize and Heusden now attracts many hundreds of thousands of visitors each year.

There are several marinas around the fort. You can see part of one of them in the photograph below. You can also see a ship loaded with containers going down the Meuse. In the old days the fort would have been able to block shipping with a barrier  and pepper anybody who tried to pass with cannon fire. 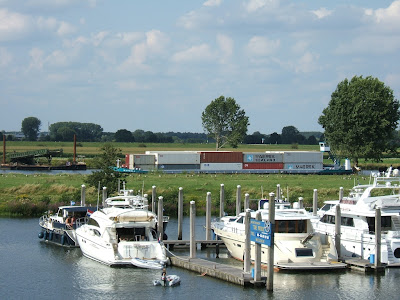 The photograph below shows a windmill powered pump and some cannon. 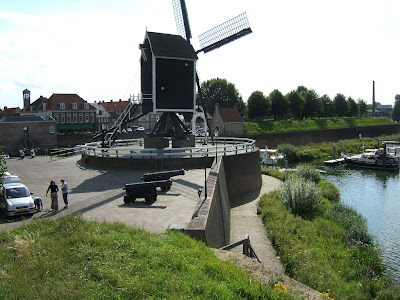 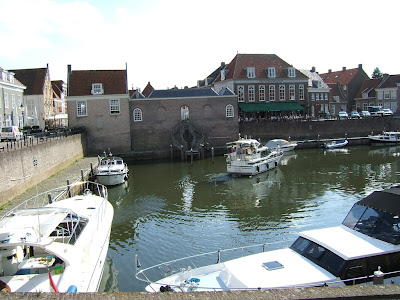 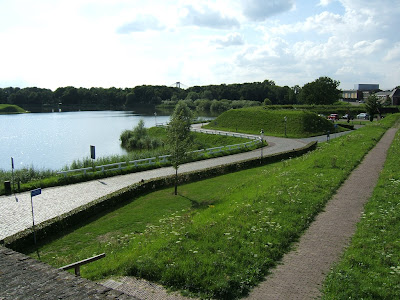 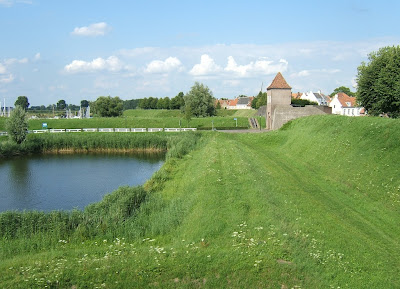 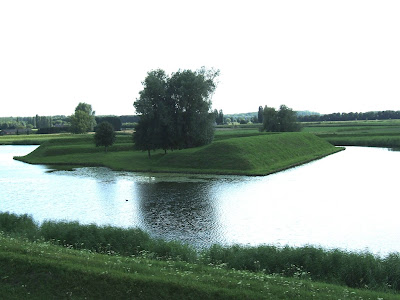 The town inside the fort seems very prosperous. The houses look expensive and are very well maintained. It appears to be a nice place to live. 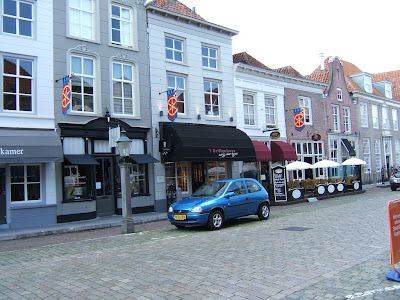 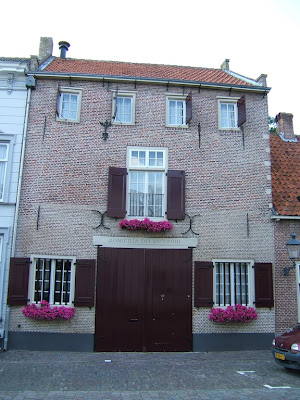 The first time I tried to visit Heusden my GPS directed me to the wrong town. If you decide to visit the star fort the Heusden you want is about 60 km to the south east of Rotterdam.
I enjoyed my visit to Heusden. It is a place not only worth visiting, but going to visit.