The OECD website has a fascinating interactive graphic. It shows the GDP and population for seven regions [China, USA, Europe etc] for the period 1820 to 2001.

The bar chart below the graph shows that China was the dominant economy in 1820. Now it is in third place. Europe has the largest economy and the USA is next largest. China still has a long way to go before it recovers the dominance it enjoyed in the early 19th century. 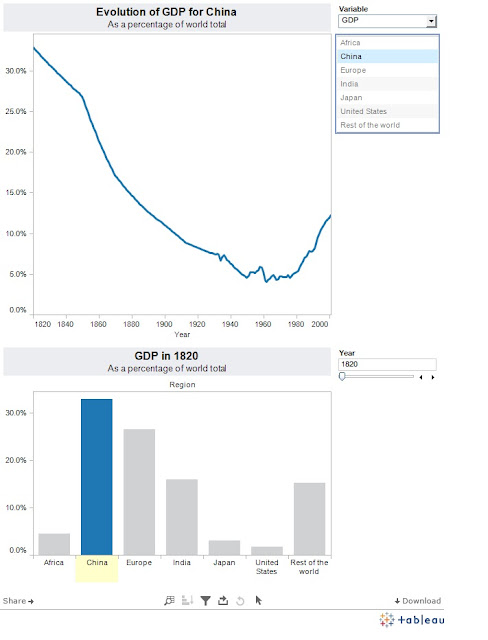 A similar chart for India shows the same long decline after 1820. In 1820 India accounted for about 16% of the world's GDP. By the 1970s its share was down to below 4%.  Part of the decline may have been relative.  The economies of Europe, the USA and Japan grew rapidly, those of India and China did not.  There may also have been a real decline as both countries suffered from their contacts with rapacious Europeans. Great Britain certainly destroyed much of the large Indian textile industry to the benefit of its own cotton mills. China was repeatedly attacked and invaded by Europeans and the Japanese. 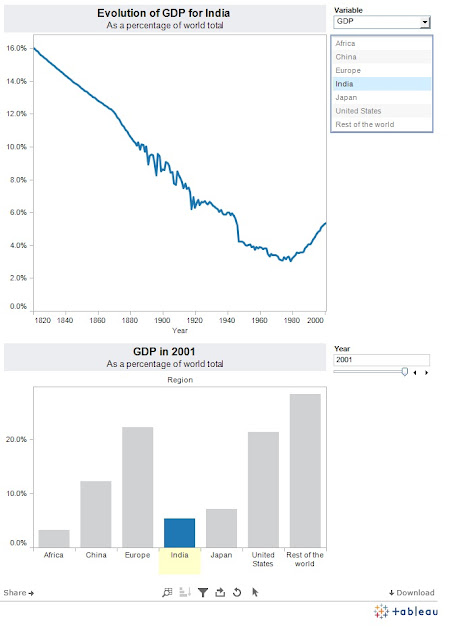 The next chart shows China's population in relation to the total world population. In 1820 about 37% of the world's population lived in China. In 2001 it was down to about 23%.  Again, not what one would have expected. 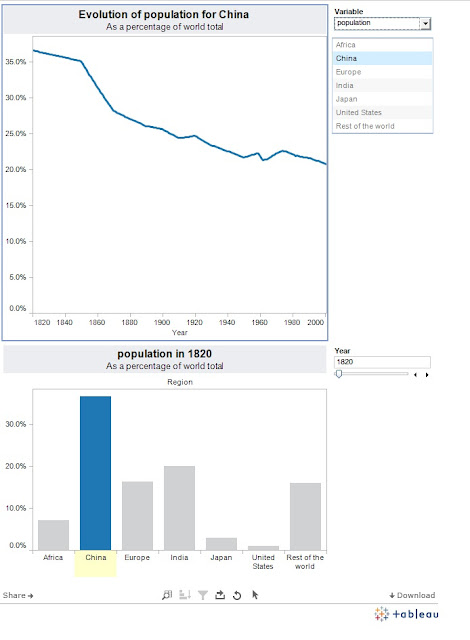 Finally, I created a GDP chart for the USA. You can see it below.  Notice the rapid growth up to the period of the Great Depression, and the big spike during and immediately after the Second World War. Part of the spike may have been due to an increase in American output, but probably most of the effect was caused by the destruction of productive capacity in Europe and Japan. From the 1970s the GDP of the USA has more or less increased in line with increases in world GDP. 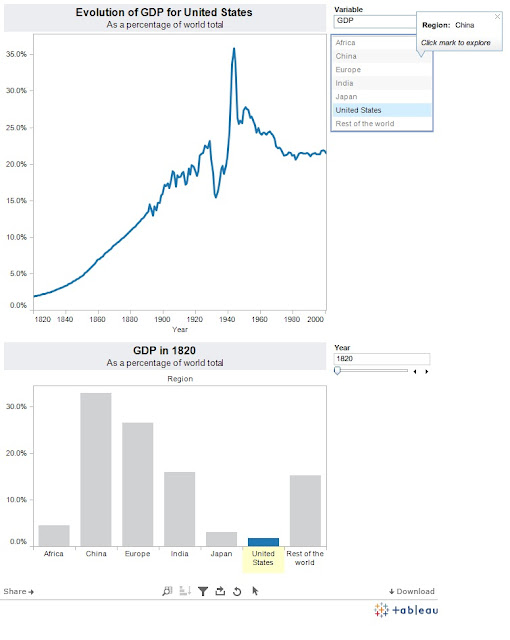