The Tower of Halibar [or Hallbar] is a 16th century fortified tower, near to Carluke in South West Scotland. 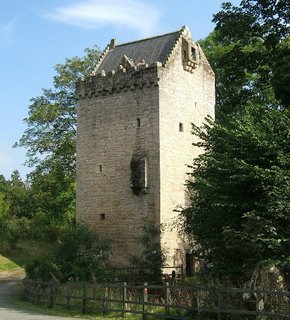 In 1535 there was an Act of Parliament which required everybody who owned a plot of land to the value of £100, or more, to construct a fortified tower to protect against Border Raiders. This Act may have brought about the construction of the Tower of Halibar.

The tower was occupied until 1984. In 1998 the tower was restored by the Vivat Trust and converted for use as holiday accommodation. The trust specializes in restoring old buildings and bringing them back into use. So far they have restored seven buildings, six of which are used as holiday accommodation. They also let another eight buildings that have been restored by other people. They have property all over the country. All the buildings are listed in a very nice brochure. There are several that I rather fancy staying in. 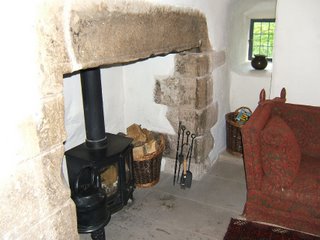 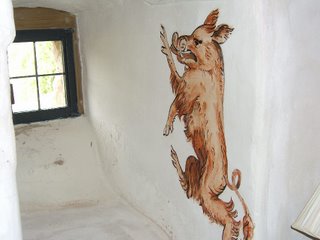 The Tower of Halibar has been restored to a very high standard, with splendid furniture. You can see that from the photographs. It is very cosy inside. The place can sleep a total of seven people, five of them in the tower and another two in a former fruit pickers bothy that is nearby. 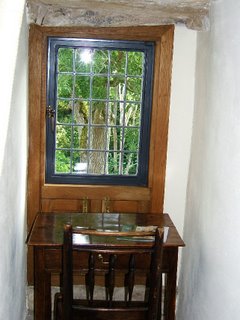 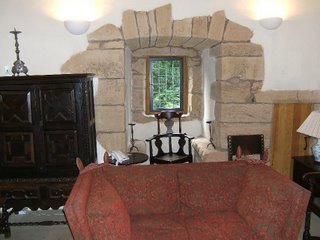 I think it's great that these old buildings are being saved, especially when the preservation work is done is such an authentic and caring manner. Letting these buildings as holiday accommodation is a good way of ensuring that is a cash flow to keep them in good condition. 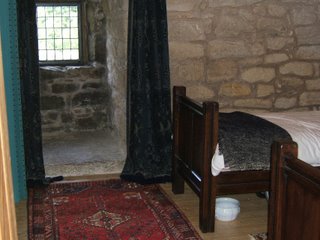 oldhall said...
This comment has been removed by a blog administrator.
9:29 pm

Anonymous said...
This comment has been removed by a blog administrator.
10:36 pm